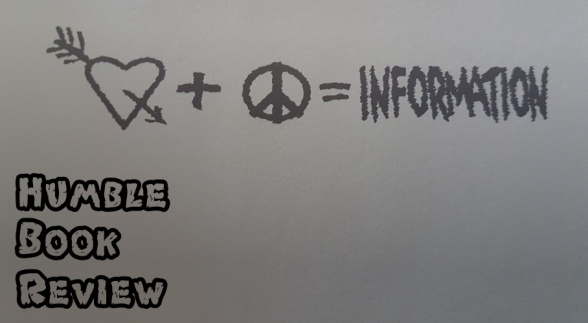 Hearts in Atlantis is quite a unique Stephen King book. It’s not really a standard novel, and not really a collection of novellas or short stories. It’s his first take on something akin to an anthology – four stories of varying length, all loosely linked to the same group of people as they grew up and experienced an important historic moment in American history; Vietnam.

In the first tale called “Low Men in Yellow Coats”, we meet Bobby Garfield, an 11 year old boy growing up in 1960, living with his widowed and “tightwad” mother, and hanging out with his friends Carol and Sully-John. But an elderly newcomer, Ted Brautigan (if you’ve experienced the Dark Tower, that name may seem familiar) moves into the upstairs apartment. The scholarly gentleman is a bit odd – he seems to know more than he should, and he confesses to be in hiding from the titular Low Men. Just who these low men are, and what their purpose is, is something critical to the main Dark Tower narrative.

Hearts are broken, as they often are in King coming of age stories. This then gives a good segue into the next tale called “Hearts in Atlantis”. Set in 1966, tensions are building in Vietnam and at home, where college kids are afraid if they drop out they’ll be shipped overseas to contribute to the war. Peter Riley knows this, yet still lets his grades slip after becoming addicted to playing Hearts for money. During this time, one of his withdrawn classmates discovers a powerful symbol to aid protesting the war.

In the next two tales, “Blind Willie” and “Why We’re in Vietnam”, it follows two characters we met in 1960, and their troubles with life after their experiences in Vietnam, each with different methods of coping.

Finally, we revisit Bobby Garfield again in 1999 with “Heavenly Shades of Night are Falling” in a brief epilogue.

I loved this book for two major reasons. Firstly, showing the inextricable fates of all those characters we met in 1960 and 1966 is an incredible storytelling method. The first tale could exist as it’s own novel, it’s that long. But to continue on with other tales years after these events is great in having this emotional investment – you truly want to know the fates of these people as you follow them. Really, the central character that ties each of these tales is Carol Gerber – the girl with the heart of a lion. To see how she had affected so many people from their own points of view was amazing.

Secondly, it’s hard to look past the very strong tie-in with The Dark Tower in “Low Men in Yellow Coats”. The vivid detail of these low men, the disgust and pure terror they induce in Bobby is something not as well detailed in the Dark Tower series itself, so it is a shame I hadn’t read this first. But knowing the history of a pivotal Dark Tower character made me only more eager to re-read the series.

I believe this book is greatly underrated – there is some terrifying horror aspects at the beginning, but mellows out into dealing with the human condition with respect to traumatic experiences. Also, there is a beautiful scene towards the end of “Why We’re in Vietnam” that I wont forget easily, with vivid imagery of a man coming to terms with his guilt.

A must-read for DT fans, and Stephen King fans in general. There is also a 2001 movie of the same name, starring Anthony Hopkins and a young Anton Yelchin, focused on stories related to Bobby Garfield. Well worth the watch.

At first glance, Amnesia: Memories appears like quite a departure from the well-known horror franchise sharing the Amnesia title.

I guess perhaps the horror in the third title comes from the boys’ choices in hairstyle?

In reality, other than the title and perhaps a few horror themes (why the hell would a college guy have a cage in his room?), these games are nothing alike.

Amnesia: Memories is a genre of game I have never played, nor had I ever conceived of playing; Otome. Basically, it is marketed towards females, and involves the central character (you) developing relationships with a selection of potential guys.

But, being the platinum trophy collector I am, knowing that this one would be rather easy to obtain, and that it was one of the monthly free games, I figured it would be a quick fix while slogging through 120+ hours in Witcher 3. I could have skipped all of the dialogue while following a guide… but in the end, I decided to give it a chance.

The basic premise in Amnesia: Memories is this; you’re a college girl, doing probably normal college girl stuff like complaining about Starbucks cups then BAM! A spirit collides with you somehow, pushing out all of your memories. Sucks to be you, the otherworldy spirit says in perfect Japanese, but it will assist you in regaining your memories so you return to normal, and so the spirit can go off and do spirit-things. You then choose what possible world you could have been knocked out of (since here, parallel worlds exist, I guess), each of which is centred around dating or getting to know one of four guys – each with very different personalities.

As you bumble through life, forgetting how to be a waitress, or how to talk to people you knew, you slowly uncover the nature of your relationship with this guy who seems to be hanging around. You’ll make many dialogue choices, and this will eventually determine what ending you get for that storyline – good, bad, neutral, or even stabby. Yes, there’s a mysterious other guy who is a bit of a madman.

I followed the “good” ending for each of the worlds, then skipped dialogue for all the other possible endings. A couple of the stories were actually pretty interesting; they were more than just figuring out the relationship, but uncovering some dark pasts. One storyline stands out as a compelling mystery plot, while another just went… weird (a cage? really?), which made it hard for me to accept the “good” ending as really morally good.

I wouldn’t say this game genre is for everyone, but you can detach yourself from the main character, seeing it as more of a passive “movie”, which makes it less intimidating if you’re weirded out by the dating premise.

If you do want a pretty quick (~5-8 hours) platinum, and have it in your list, then go for it.